Disclosure: We receive compensation from the companies whose products we review. We are independently owned and the opinions expressed here are our own.

What Are TaylorMade Golf Clubs and How Do They Work?

Based in Carlsbad, California, TaylorMade Golf Company has been around in 1979. Gary Adams, then a golf equipment salesman, founded the company with $24,000 of borrowed money on his own house. The company started with three employees.

The only golf item that TaylorMade originally sold was a new invention, a 12-degree driver with a head made out of out of metal (stainless steel) instead of Persimmon wood. This was called a “metalwood.”

The benefits of this metalwood included a lower center of gravity, which enabled the ball to be driven into the air with greater ease. This new type of driver was also much more forgiving than the old style wood driver.

Wood drivers and fairway woods used to have much smaller heads. Metal drivers can be (and usually are) much, much larger.

Before this innovation in golf drivers by TaylorMade, the golf world did not use metal in its drivers or fairway woods. The use of metal in a driver totally changed the way clubs were made. Now, most golf drivers and woods (or fairways, also known as fairway woods) are made out of different types of meta or carbon fiber.

TaylorMade went from a mere $47,000 in sales in the first year they launched in 1979 and ended up earning an amazing billion dollars in revenue starting in 2006.

Over the years, TaylorMade has been bought by various other companies, first by Solomon S.A. in 1984, then by Adidas in 1997, and finally to KPS Capital Partners in 2017.

Athletes that TaylorMade Golf Company sponsor or have sponsored include:

TaylorMade golf clubs first made a splash in the late 1970s with their completely groundbreaking use of metal in a driver, which had been previously unheard of.

With this illustrious background, TaylorMade has consistently worked on applying new technological advances to the field of golf.

For example, why would you want to spend $$ on a golf putter?

The TaylorMade Spider Interactive "L" Neck putter is more than just a putter. It is a smart putter.

What is a smart putter?

It is a putter that has sensors embedded within it that capture 11 putting metrics. This “BLAST Motion Sensor” provides real-time stroke analytics for the Spider Interactive system.

In using this system, your stroke information can be synced to a special app on your mobile phone. This can help you see what you did wrong when your putt went sour. This system also helps guide you in improving your putting with step-by-step drills led by the mobile app.

TaylorMade makes a point of advertising their special golf club technologies. For example, in June 2018, they put out a press release about their 2018 “M” Drivers, with “Twist Face Technology,” which have seen wins in nine PGA TOUR tournaments and 12 more across the world, more than any other golf club manufacturer.

With all the various and new technologies offered by TaylorMade, it is probably a good idea to try these golf clubs out first before buying them. You should also get them custom fitted, with some professional help if possible. Ideally, you will support your local golf pro shop and not just shop online for TaylorMade golf clubs.

If you don’t have a place at home to try their high tech golf clubs, you can go to Las Vegas! Las Vegas, really? Read on.

Las Vegas sure is hot, especially during the summer, but that doesn’t stop it from being a golf destination. (Though, here is a tip: Go in the winter if you want to golf there.)

You may be surprised to learn that TaylorMade has its own Las Vegas strip attraction (well, technically, it is right off the strip). So, among the fake Eiffel Towers, New York skylines, and Venice gondolas, you can enjoy the TaylorMade Golf Experience (TMGE).

The site has a two-level golf driving range as well as places to practice your short game. Their practice range is the largest in Las Vegas and has 113 stations with natural and artificial turf options. The driving range has a synthetic surface that is environmentally friendly and does not need to be watered like regular grass (which is important in a hot, dry place like Las Vegas).

The TaylorMade Golf Experience also features a lighted nine-hole golf course with a par 3 per hole.

When you are done playing golf, you can relax with food and drinks at the Upper Deck Grille and Sports Lounge.

Drivers at the TaylorMade Golf Company website start at $$ for both men’s and women’s drivers and go up to approximately $$$ – this is without customization options.

To assist with purchasing the right driver for your personal golf game, the TaylorMade website has an interactive driver selector tool that gives recommendations on drivers based on your handicap or typical golf score.

Iron prices come in various ranges, and they are typically sold in sets, such as the P790 Irons that are available for $$$ or the Kalea Ladies 10-Piece Set for $$$.

Fairways (aka woods, which of course, are not made of wood) are as low as $ and go up to $$ without customization added.

Hybrids are sold individually and sell for approximately the same price range as the fairway woods, starting at $ and going up to $.

You might be surprised to learn that some TaylorMade putters are highly expensive and can cost upwards of $$. Some of the more reasonably priced putters start at $.

TaylorMade golf clubs generally get an average of four stars on Amazon, and sometimes five stars. Most people like the clubs by TaylorMade. Often, the poor reviews are about little problems with the order, such as a missing golf club wrench or headcover.

On occasion, people ordering TaylorMade golf clubs on Amazon have reported getting a fake or counterfeit club. You can take a golf club to a local golf shop to have them look at it, and get the serial number checked through TaylorMade to see if you have a fake golf club.

So, when looking at reviews of golf clubs online, you have to take into consideration whether the vendor selling them is reputable or not. The problem with a marketplace like Amazon or Ebay is that sometimes the vendors are not legitimate. Keep that in mind when you are not buying clubs directly from TaylorMade’s website.

The worst reviews are on the Consumer Affairs website, which is where people go when they are ticked off about a company, so take those bad reviews with a grain of salt. People who are happy with their purchases tend not to look up websites such as these.

However, there are some highly positive reviews for TaylorMade at Consumer Affairs, such as this one, from Troy of Ashland City, TN, posted on August 16, 2016:

“These clubs are top of the game when it comes to playing golf. I always seen the clubs used on tv and on major tourney but I never felt need to buy them. Now I love them. There is so many kinds of clubs to choose from like bigger smaller drivers. You can get them custom made for you. You will not be unhappy with your purchase. The price is a little higher than say walmart clubs but the quality is so worth it. And the clubs are real metal not that fake stuff walmart tries to say is steel. The use is great. I had my custom to fit me so they are best clubs I ever owned. But I do have a few clubs not custom and they perform just as well.”

TaylorMade offers very high quality clubs. They are not cheap, but they are generally worth it.

This might have something to do with TaylorMade being a subsidiary (previously of Adidas, which is a huge company).

If you are looking for the latest in golfing technology, and you want a highly customized golf club with a lot of cool bells and whistles, then TaylorMade golf clubs may just be the clubs for you.

TaylorMade has a lot of unique and impressive technologies that make them a company to watch in the golf world.

We are especially intrigued by their electronic golf putter that records and analyzes your putting technique. While the cost is a bit high, this is probably part of the next generation of innovation in golf – the merging of technology with the golf club.

No, these clubs probably won’t be legal in a golf tournament, but they can be like having a coach with you every time you play golf. And that can make tremendous improvements in your golf game!

The question is, what will become of TaylorMade Golf Company now that they are no longer a part of Adidas? The golf industry in recent years has been taking some hits. Interest in golf is somewhat on the wane, and many local golf courses are closing, much to the chagrin of golfers.

Golfing is an expensive hobby, and TaylorMade is generally going after that golf market of people who has some money to blow. Most people probably could not justify spending $$ on a golf putter, even if it has the amazing capacity to analyze each and every swing you make.

It remains to be seen what will happen to TaylorMade Golf Company. Stay tuned! 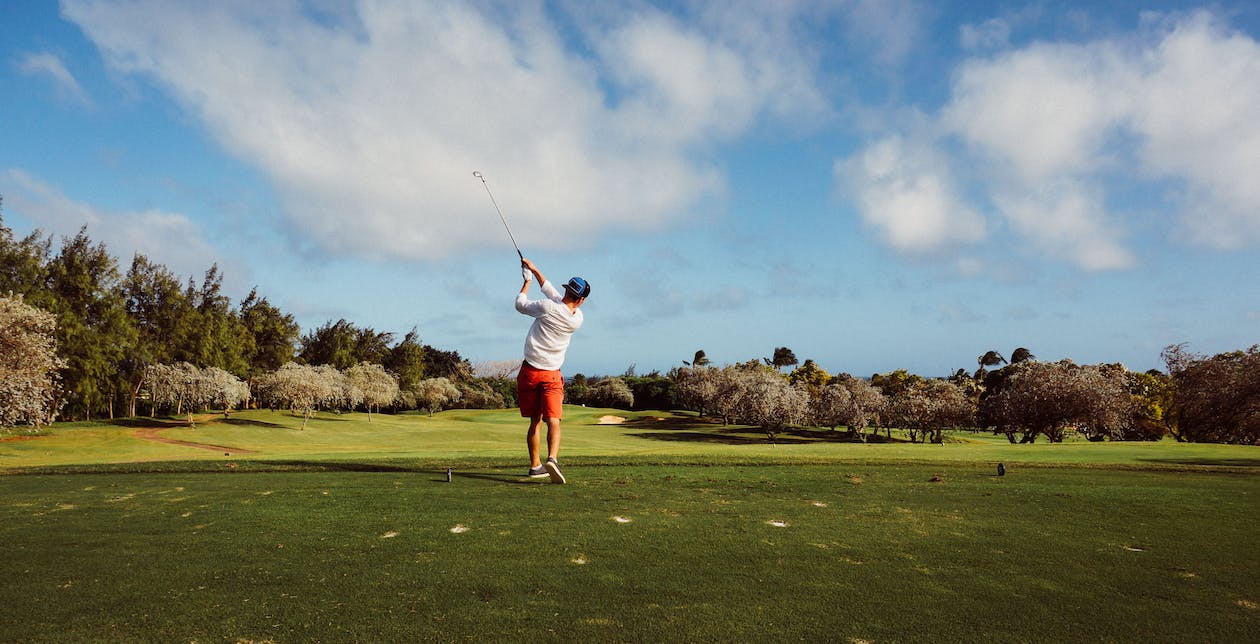 Yes, technically, pre-owned golf clubs have been used. However, pre-owned usually means that someone (sometimes the manufacturer, sometimes not) has refurbished the item to clean it up and make sure it is good quality. These TaylorMade “refurbished” golf clubs are certified by TaylorMade and go through a 6-point inspection process. They are also backed by a 12-month Limited Warranty.

While this is not as thorough an inspection process as the Callaway Certified Pre-owned golf clubs (which go through a 10-point inspection), you can probably rest assured these are good clubs at a great price.

TaylorMade has a lot of unique and impressive technologies that make them a company to watch in the golf world. THeir electronic golf putter records and analyzes your putting technique. Any golfer will definitely be intrigued by that! Although the cost is high, this golf club is probably the next generation of innovation in golf. It promises to make tremendous effects in your golf game. Overall, we are giving TaylorMade golf clubs 4.5 stars out of 5!

Footjoy Golf Gloves Reviews
6 Best Golf Gifts for the Enthusiast in Your Life
Why Nike Golf Bags are Still Some of the Top Picks in the Industry
Top 10 Best Golf Instructional Books (So Far!)
5 Best Golf Resorts in Florida